The Maharashtra state government has filed an affidavit in Supreme Court opposing the CBI case that has been registered against Rhea Chakraborty on request of the Bihar Government. Inspector Bhushan Belnekar from Bandra Police station has filed the affidavit. 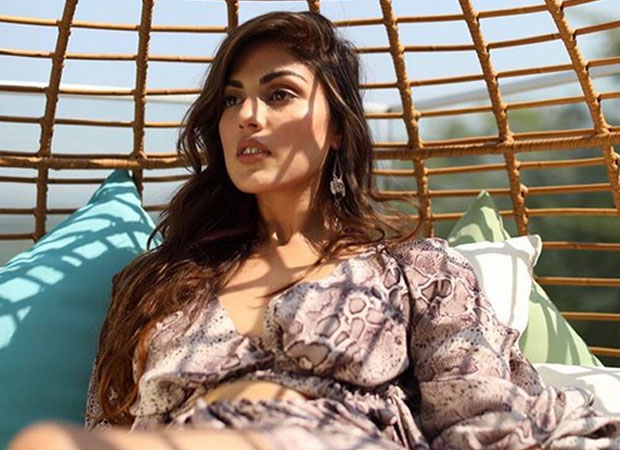 It states that on June 14, they received a call around 2 pm. He visited the Bandra residence and found the body of the deceased lying on bed and five people were in attendance at the residence. Accordingly, they registered the accidental death report and began their investigation.

As per SC order, Mumbai Police had submitted the status reports to Supreme Court in a sealed cover and that the investigation is still continuing. The affidavit also claims the family members had no suspicion in the beginning and did not file any charges against anyone.

Affidavit also states that Bihar Police has no jurisdiction in Mumbai since none of the alleged offenses have taken place within the limits of Rajiv Nagar Police station in Patna. If this is allowed, it will send the wrong example.

In their affidavit, it states that had the family filed an FIR at Bandra Police station, then officials would have gone to Patna to record statements. The affidavit also states they did not quarantine Bihar Police officer Vinay Tiwari but a step was taken by BMC.

The Supreme Court will hear Rhea Chakraborty’s plea on August 11 in connection to the death case of Sushant Singh Rajput. The court had set a date for August 18 but now it will take place on August 11 instead. In her petition, the actress had reportedly stated that the trial won’t be fair if Bihar Police investigates the case.

Meanwhile, earlier this week, the centre told apex court the case was handed over to the CBI. The Central Bureau Of Investigation (CBI), on August 6, registered an FIR against six people including Rhea Chakraborty, Rhea’s brother Showik Chakraborty, father Indrajit Chakraborty, mother Sandhya Chakraborty, house manager Samuel Miranda, and Shruti Modi. The charges leveled against the six of them are abetment to suicide, criminal conspiracy, theft, cheating, intimidation, wrongful restraint, or confinement, among others.

Sushant Singh Rajput passed away on June 14. He was found hanging at his Bandra apartment.